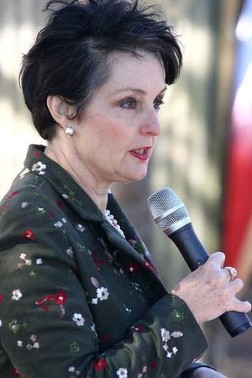 Child protection workers are being hired on contracts as short as three months in a desperate bid to plug staff shortages, as the crisis within the Department of Family and Community Services deepens.

An internal document leaked to Fairfax Media shows at least 110 appointments made in the past few months are temporary, while only about 30 are permanent.

The Public Service Association of NSW has warned that temporary hirings could put children’s lives at risk as caseworkers could not be properly trained.

The union’s assistant secretary, Steve Turner, said it took a year and cost at least $50,000 to properly train a child protection caseworker. Even basic entry training takes six months to complete which meant those on short term contracts would not be fully trained or equipped, he said.

”This sudden move to put in temps on very short term contracts is a terrible move,” he said. ”It simply cannot work. Putting a caseworker on a short-term contract to plug a hole is a waste of money. It’s just about filling gaps.”

Previously, temporary caseworkers were given minimum contracts of two years.

Family and Community Services Minister Pru Goward faced a barrage of questions in NSW Parliament on Tuesday after it emerged she had repeatedly exaggerated the number of caseworkers employed by her department. Ms Goward had repeatedly said the number of budgeted full-time equivalent positions was 2068, but an independent report by Ernst and Young found the actual number was only 1809 in April. The minister on Monday was forced to admit that she was not aware of the report’s existence.

Caseworkers who spoke to Fairfax Media were incredulous that Ms Goward did not know how many staff were on her department’s books.

One worker in the south coast said: ”Of course they knew how many actual staff there were. You don’t have to be a genius to realise that when there are empty desks and empty seats and they don’t get filled, that the numbers are down.

”Do they think we’re idiots? If they just came out and told us that the department was in a state of crisis and they had to cut costs we’d accept that. The issue we have is when they come out and lie.”

Another senior staffer, who also asked not to be named for fear of retribution, said there was disappointment at Ms Goward’s performance.

She said many of her colleagues described the minister with outright derision, saying she has been deliberately deceptive about the number of caseworkers at the coalface.

”We just feel like we’ve heard every excuse. She is the minister – the buck should stop with her.”

Figures obtained by Fairfax Media under freedom of information laws show 61,308 children and young people were reported as being at risk between July 1, 2011 and June 30, 2012. Only 16,409 were interviewed by a caseworker and given a safety check.

The problem of staff shortages and failure to protect vulnerable children were also highlighted by the deaths of Kiesha Weippeart, 6, who was allowed to remain in the care of her mother despite officials knowing of ongoing abuse.

In another tragedy, two-year-old Tanilla Warrick-Deaves died of abuse despite relatives making 33 complaints to government workers about her welfare. Her mother pleaded guilty to manslaughter this year.

Opposition spokeswoman for Family and Community Services Linda Burney said the short-term appointments were an attempt to cover a lack of recruitment over the past year.

”This simply bolsters the numbers temporarily and is not a permanent solution to the vacancies in community services,” she said.

But only two regions – the Northern and Western – are offering full time work. Other areas, such as Sydney Metro Central, the Hunter and Central Coast offer temporary contracts.

Michael Coutts-Trotter, Director General Family and Community Services said that as at August 13 there were 184 new appointments and 64 had started work. The remaining 120 have been offered positions, but are awaiting employment checks and will start soon.